The Coetzee family. L-R mother Ilze, grandmother Rika, granddad Cornelius, Alexzander 18 months old, UCL, after, auntie Monique and father Renier. Alexzander had his UCL repaired by Operation Smile during the OP45 campaign in January 2016 in which his surgery was done during a half of the Soweto derby football match. He is scheduled to have in CP repaired by Operation Smile in September 2016. The family live in Westonaria, Gauteng, South Africa. 21st July 2016. 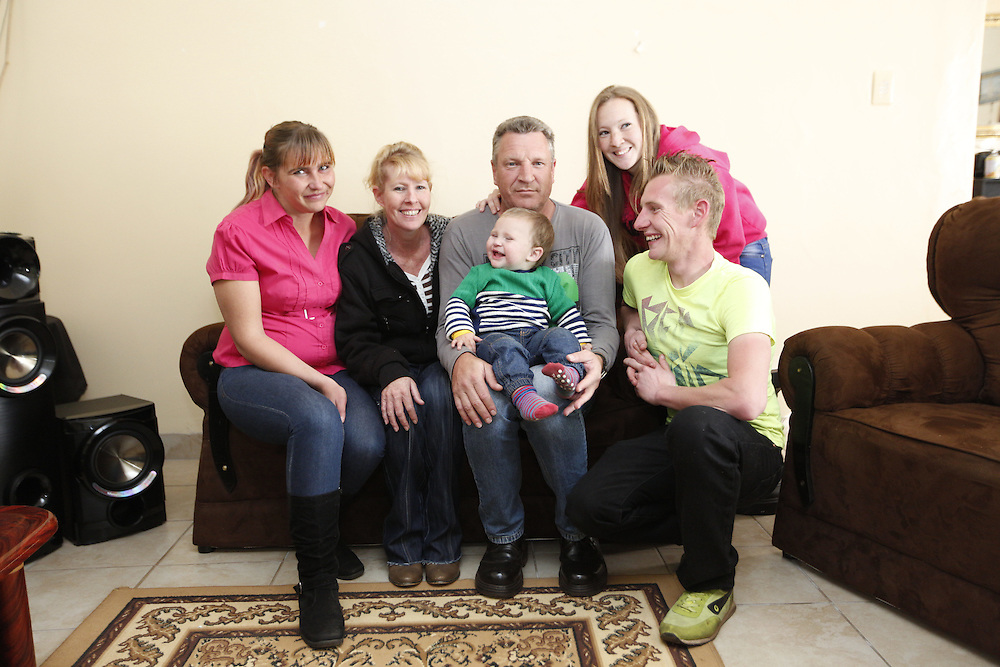